Klezmer and other Jewish music for all occasions
Klez Project has been performing traditional klezmer music in the Ithaca and Southern Tier regions of New York since 2013. The band performs both for public audiences and at private events (such as weddings and bar mitzvahs). Members include allen lutins (clarinets), Rima Grunes (violin), David "Melnick" Zakalik (piano/accordion), Greg Ezra (percussion), and occasional guest members. 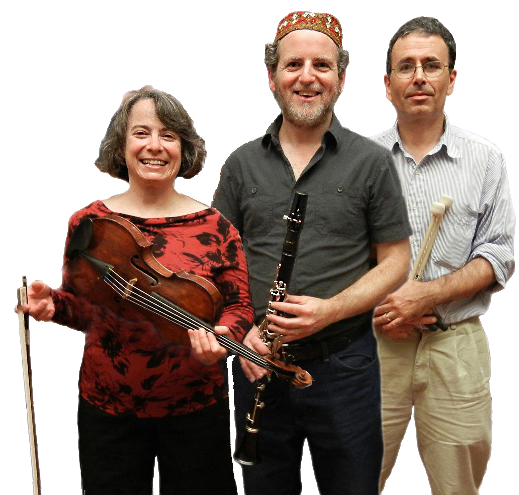 The word klezmer (derived from the Hebrew "vessel for music") originally referred to a musician, but in the 20th century came to refer instead to the musical style. The music arose in medieval eastern European Jewish communities to perform at simkhas (holidays and celebratory events, especially weddings). It's origins lay in Jewish folk music and cantorial chanting, with elements of other local ethnic folk tunes (especially those of the Roma) and military band music. When brought to the United States by Jewish immigrants in the 20th century, it was further influenced by jazz and theater music.